Solar power is one of the most popular methods of generating electricity. In order to harness enough solar energy, you need to install a solar panel on your rooftop and connect it to your inverter. But how do you know which manufacturer to trust? You’ve come to the right place if you’re seeking for the best solar micro inverter manufacturers supplier for your PV system. Continue to read. This blog article will show you the leading manufacturers of solar micro inverters in an easy-to-digest format so that you can make the best decision when buying a new product. 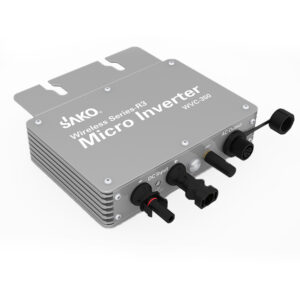 What is a Solar Micro Inverter?

A solar micro-inverter is a small, lightweight device that helps to convert the power of sunlight into usable electrical energy. Solar micro-inverters are used in a variety of applications, such as powering small electronics or providing backup power for critical systems. They are also popular among campers and hikers who want to power their devices without relying on batteries.

Solar micro-inverters come in different shapes and sizes, but they all have one common feature: they are extremely portable. This makes them ideal for use in remote areas or on high-altitude trips. Because they rely on solar power, solar micro inverters are environmentally friendly and require no maintenance.

Solar micro inverters are becoming increasingly popular as a way to increase the efficiency of your solar installation. Not only do they help you save on your energy bills, but they can also help improve the aesthetics of your home or office while doing so. If you’re looking to invest in a solar micro-inverter, be sure to check out our selection here at SAKO.

The Chinese business SAKO was founded in 1997. It is a manufacturer that focuses on the design, development, marketing, and support of premium solar and electricity products. In the power sector, particularly for off-grid applications, it is a well-known name. Manufacturing lithium batteries and solar micro inverters for more than 29 years.

If you’d like to work with SAKO as a partner or agency, don’t hesitate to get in touch with them! SAKO can handle OEM/ODM orders. Have confidence in their capacity to deliver high-quality services and goods to you.