BMS lithium battery has gotten more and more popular in the market. Compared to regular lead acid batteries, it performs better and has a longer lifespan because of its innovative design. A higher power density is achieved with less bulk. The lithium-ion battery pack has an integrated smart BMS system for complete safety. Learn more about the advantages of using a lithium battery pack instead of standard lead-acid batteries. 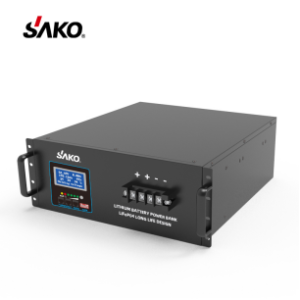 What purpose do the BMS lithium batteries exist for?

Most portable electronic devices use lithium-ion batteries. As they are capable of storing a lot of energy despite their relatively small size, they are ideal for devices like solar inverters that need to constantly replenish their supply. The lithium battery pack provides several features, including the ability to store a significant quantity of energy and the ability to give power for a long time.

How does it work in an inverter?

The lithium battery pack used in inverters is becoming increasingly widespread as the technology develops. Some of the explanations are as follows.

-Lithium batteries are lighter and more powerful than standard lead-acid batteries. Because of this, they work well in inverters that can’t add too much weight and need to be carried around easily.

The lifespan of lithium batteries is significantly greater than that of lead-acid batteries. They can last up to 10 times longer, which means they’re an excellent alternative for inverters that need to be operated for long durations.

Lithium batteries have a low impact on the environment. They are completely emission-free and need no upkeep whatsoever.

The inverter’s BMS lithium battery is a crucial component. The safety aspects of lithium batteries should also be considered. For example, ensure you do not charge them too quickly or expose them to severe temperatures. Finally, keep in mind the risks involved in improperly handling or overusing lithium batteries. This article’s goal is to provide useful information that will assist you in making a well-informed decision when selecting a battery pack to purchase. If you’re curious and want to learn more, SAKO is the place to go.