A lot of the jargon used in the tech industry might be difficult to grasp at first. Assume you’re interested in purchasing a SAKO solar inverter without batteries; tell more about it and how it may benefit you. Read on as we explain all you need to know about SAKO solar inverters, including what they are, how they work, and why you need one. 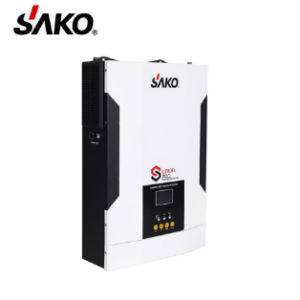 Why need a SAKO solar inverter without batteries?

An essential component in transforming solar energy into usable power is a device called a solar inverter. Solar inverters find widespread application in residential and commercial buildings as well as agricultural settings. A solar inverter’s many uses are explored here.

First and foremost, a Sako solar inverter transforms DC (direct current) into AC (alternating current) (DC). Because solar panels can only produce power when they are in contact with sunlight, this is crucial. The inverter provides energy to devices like electric lights and appliances by converting direct current (DC) into alternating current (AC).

A Sako solar inverter’s second job is to increase the AC voltage so that home appliances and other electronics can make use of it. Voltage inverters can increase the supply to a safe and usable 240 volts, which is more than enough to run most standard home equipment. An inverter with the ability to produce greater voltages can be useful in a variety of commercial and industrial settings.

Considering their versatility and potential savings, solar inverters without batteries deserve consideration as a worthwhile purchase. To run electronics and lights, solar inverters transform the energy from the sun into usable electricity. It’s crucial to select the appropriate solar inverter for your setup from the many models and sizes available. Get in touch with SAKO if you want to find out more about solar inverters and which one would be ideal for your home.